You are here: World Group | Blog 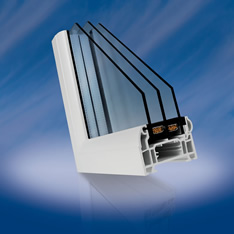 The names Vincent Swan, Brian Fitzpatrick and Martin Lavendar probably don't mean anything to you. Unless of course you've been watching the new BBC 2 Comedy - 'White Gold'.

White Gold is the comedy based in a double-glazing showroom in 1980's Essex. Whilst not an entirely accurate representation of the PVC Window and Door market nowadays, it does show great similarities of 'ye olde worlde' PVC Double Glazing.

The energetic Vincent Swan, played by Ed Westwick, lost his job at an oil refinery in the first episode. He bumps into an old school 'friend' and enters the world of Double Glazing. He heads up the sales team and talks just about as much rubbish as some politicians, but he certainly knows how to seal a deal. Brian Fitzpatrick and Martin Lavendar are played by James Buckley and Joe Thomas, respectively. You'll recognise the latter from 'The Inbetweeners'. They are Vince's sidekicks and form the rest of his Double Glazing sales team.

This lighthearted, humerous look at the early world of Double Glazing, PVC Windows and Doors and the infamous 'White Gold' successfully pokes fun at some of the bigger national companies that won't leave sales call until they've taken a deposit. Fortunately, this couldn't be further from the truth with World Group's sales team.

Tune in to BBC2 every Wednesday to follow Swan, Lavendar and Fitzpatrick and their stereotypical side kick Irish fitter!